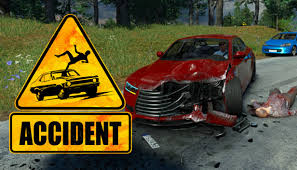 Six passengers died on the spot whereas seven are also in a critical condition in a head-on collision at Gomoa Adam near Gomoa Anteadze on the Kasoa – Cape Coast highway within the Central region.

Based on the information, 14 people were involved in the accident but six people died on the spot whereas a seventh person died in the hospital.

Seven others are also in a critical condition and receiving treatment at Apam Catholic Hospital where two have been treated and discharged.

In accordance with a surviving passenger, they were traveling from Kasoa to Cape Coast when out of the blue they saw the driver of a Ford vehicle trying to overtake a car.

He said instantly the driver came into their lane he rammed into their vehicle causing it to somersault resulting in the instant demise of five persons and others severely injured.

He said his outfit is currently having difficulty getting a referral for the severely injured however added that their conditions have been stabilized.

In the meantime, the Apam District Fire Commander, DO1 Adolf Ankomah Nuamah, described the accident as one of the horrible accidents he has witnessed.

Adom News’ Kofi Adjei, who was at the hospital where the victims have been sent to, reported on Adom FM’s morning show Dwaso Nsem that the drivers of both vehicles had minor injuries and have been treated.

How LBC’s are illegally renting certification license to businessmen

© Ghana Latest News
We use cookies to ensure that we give you the best experience on our website. If you continue to use this site we will assume that you are happy with it. Privacy policyOk